Ages ago, when I was still at the Fishmarket I met Trevor Pitt who was working with Open Places Open Spaces. They were putting up installations and we got talking about a knitting project Trevor was involved in. Rather than me blathering on about it here you can read all about it at www.podprojects.org In brief I organised for local wool to be sourced and spun by the Long Draw Spinners at Stoke Albany and the wool was then knitted into slats and they were sewn together around a bench. 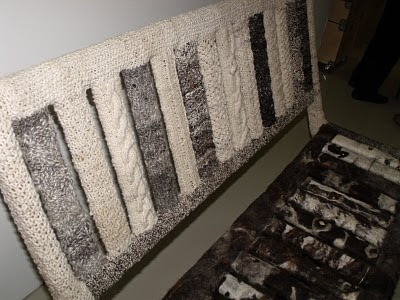 These photos were taken on the opening night at a gallery called Nest in Birmingham. It brought together groups from around the UK who had knitted a bench. This particular bench was knitted by a group in Newcastle Gateshead and we had a lovely meal afterwards in Wagamamas with Jess who ran the project. It was a lovely evening, very exciting to meet other knitters and enthusiastic people. 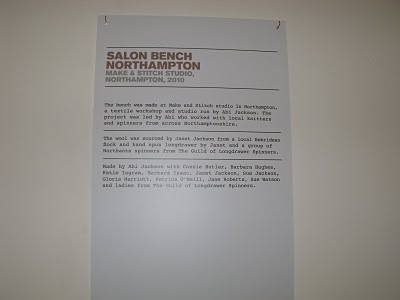 Above and below are pics of our bench and information on the project. 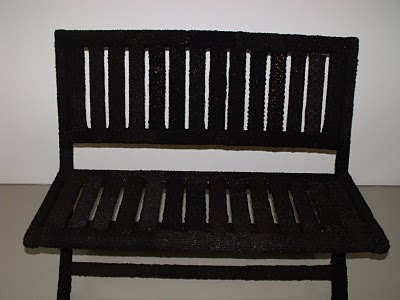 The benches then went onto The Public in West Brom, I spent a day meeting people and teaching some of them how to knit. This is the most wonderful and amazing building, a true inspiration. Like a lot of public Art Spaces I think that people are initially suspicious and wary as you cant see the immediate benefit. Again, I had a great day.
The Northampton bench will eventually return back to the studio at some point in the future.
Posted by TheStitchandMakeStudio at 07:26