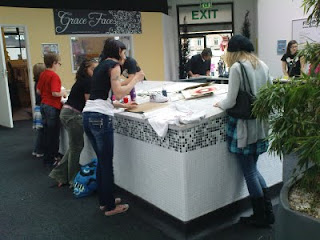 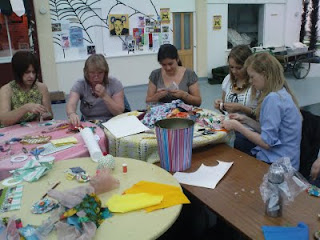 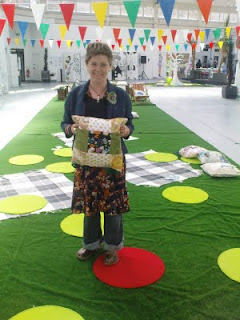 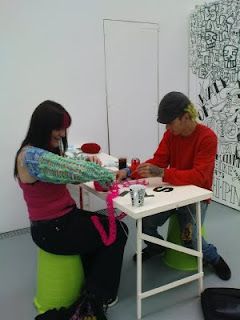 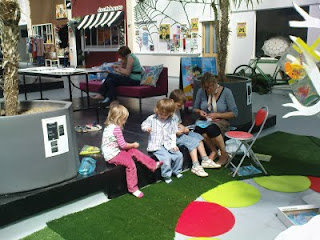 In July of this year The Make It group put on a 3-day Film and Craft festival and it was awesome (a word which I don't normally use) We procured the film Handmade nation by Faythe Levine, a film about the renegade handmade craft movement in the US. It was truly an inspiration. We also built a crafty tree and hung free craft packs from this, we put the tree on a meadow of astro-turf where people sat at night to watch the film and knit. We offered free workshops in bunting making, patchwork cushion making and a giant knitting nancy. On the Saturday we had the unique and wonderful Bicycle Basket Bazaar and the soft bench (a knitting project I'm involved in and will write about later) The Community Foundation gave us the funding which was a very wise move on their part.
Posted by TheStitchandMakeStudio at 13:04