At the end of June , eleven of us went to the Gnawa music festival in Essaouira (pronounces Ess-o-where-a) This absolutely beautiful place is on the west coast of Morocco. Its a flight to Marrakech and then a 3 hour bus ride through the desert and Berber villages. Well worth it to reach such a magical spot. The medina is a Unesco world heritage site. 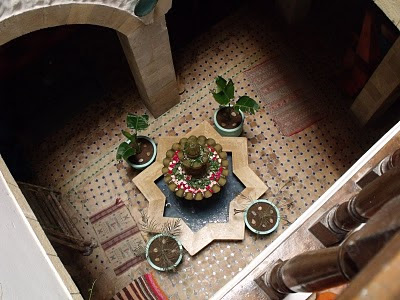 We stayed in a riad in the medina, this was the central courtyard, where all the rooms faced inwards and were decorated in the most beautiful moroccan lamps and furnishings. At the top of the building was the most wonderful roof terrace which overlooked the sea. 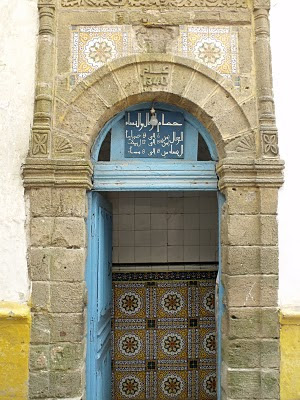 Around every corner was another colourful photo opportunity, the doors especially were so beautiful with their richly decorated tiles and intricate carvings. The people in the town still make their living from weaving textiles, wood carving, sewing traditional clothing, making jewellery. They have a history and culture rooted in Artisan craftsmanship. Everything made and brought in Essaouira has value,provenance and true worth. 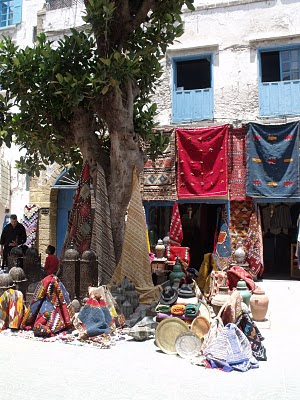 The town itself is very small with two main streets and a few little squares with cafes. The spice markets and fruit and veg markets lead off the main streets. The main square leads to the fish stalls and port, where the boats are still hand built. The fishermen bring in the daily catch and the fish are gutted on the rocks. Nothing is wasted and the guts are shared between the gulls and local cats. 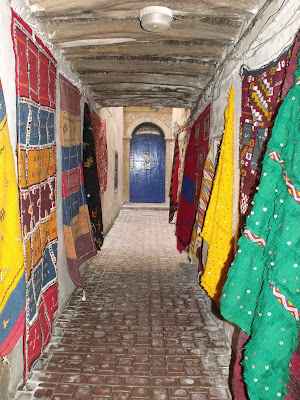 I'll still be posting for weeks to come and have some great pictures from around the town. It's cheap to get a flight to Marrakech and a bus to Essaouira, it's also cheap to stay and eat. However, it's my little secret so please don't go there!!
Posted by TheStitchandMakeStudio at 15:14