Most weeks now Im really busy with a huge variety of different jobs. For example, in the last 2 weeks Ive worked on a sewing project with Age Concern, quoted for costumes for stilt walkers,met a bride for a wedding dress, ordering and organised haberdashery for the Most marvellous stall, have had 3 funding meetings, delivered 5 workshops, planned a large knitting project (ongoing), been commisioned for a mother of the bride, been commisioned to do a project for a book, worked on a magazine commission, made some lovely dresses. On Saturday, after the workshop I made 4 pincushions which go on the wrist. 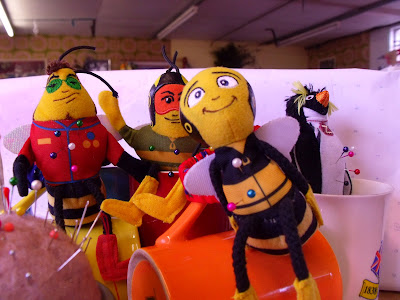 I made these from old toys and they made me laugh so much. The looks on their faces. 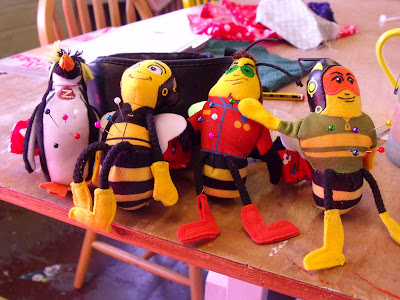 Sometimes it's just so lovely to switch off and do something so so simple. I expect that's what the machinists in China felt when they had to sew thousands of these a week 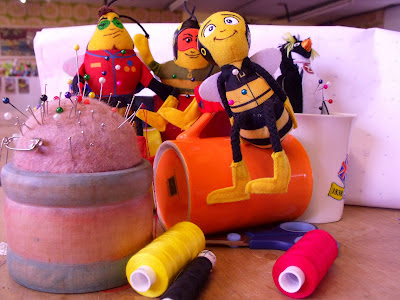 Im just so bloody grateful sometimes that I don't have a crap job. Thank you Abigail Jackson you did that for me.
Posted by TheStitchandMakeStudio at 13:15